The Chronicles of Marnia 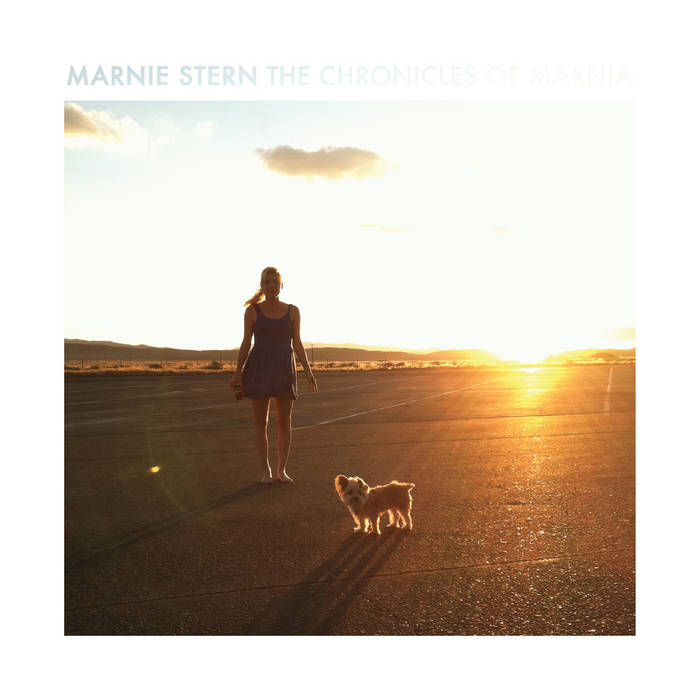 Mighttheone Hey, you don't need a sledgehammer to walk in my shoes. Nothing is easy. It's a really good mystery. Favorite track: Nothing is Easy.

Lee Downey What can you say about Marnie except wow. I'm in love. She is a really good guitar player with her own original sound.
more...

There’s little doubt that Marnie Stern lives up to her reputation as “the lady who shreds,” but for Marnie, shredding is not enough. After putting out three critically-acclaimed albums, Marnie could have gotten away with putting out another album filled with her richly layered sound, singular frenetic finger tapping and almost philosophical lyrics. However, as anyone who has given her last few albums a good listen can tell, Marnie is not one to stand still. Instead she attacks her musical evolution with full frontal bravado, reveling in musical risk instead of relaxing in the comforts of the known. For Marnie, musical possibility drives her ambition.

Her new album, The Chronicles of Marnia, finds Marnie not only working with a new drummer (Oneida’s Kid Millions), but also passionately subtracting from her normally dense song structures to craft a sound that is both familiar and wholly original. “I always gravitate towards interweaving and a more abrasive sound,” Marnie said about working on the new album. “I was working with Nicholas Vernhes from Rare Book Room Recording in Brooklyn, and he was the producer. He wanted my voice clearer and fewer guitar parts. I tried it because I wanted to try something different.”

Her trademark exuberant guitar work is still present, in fact, absent a few layers of grit, it’s even more evident. “We stripped away a lot of the layers and a lot of unnecessary interweaving guitar parts. There’s less clutter and more of staying on a part without adding too much instrumentation.” Through the subtractive production process, Marnie’s voice became more prominent, a fact that kind of concerns Marnie, “I get worried that I am coming across as someone who thinks they are a ‘singer,’ as opposed to my usual mishmash of voices that aren’t always in key,” she said about the album’s more pronounced vocals. “I grapple with that attitude because I think it's important as a musician to try and be as proficient as possible, or try to put a lot of work into it. I suppose in my own way, I put a ton of time into singing and trying to find interesting melody ideas, I just never think of myself as having a ‘nice’ voice.” It’s an enervating change for an artist who in the past has always skillfully buried her vocals under the guitar and drum tracks.

The musical transformation evident on her new album isn’t entirely unexpected, as fans who have listened to both “For Ash” and “Every Single Line Means Something” in a single sitting know. That same slow progression can be seen between 2010’s self-titled album and the forthcoming The Chronicles of Marnia. Marnie can’t help but laugh when thinking back on her musical evolution. “I'm sure if I went from the first album to this one, I'd have a heart attack. Luckily it's been gradual enough for me to enjoy the changes.” And there’s little doubt that her fans will too. Even as Marnie evolves from what Pitchfork called her “art-metal math-rock bubblegum pop” genre, fans will still find themselves jumping head first into the album and quickly bonding with the emotionally resonant material, cascading hooks and transcendental guitar riffs. Plus, the album shreds. She is Marnie Stern after all.

Bandcamp Daily  your guide to the world of Bandcamp