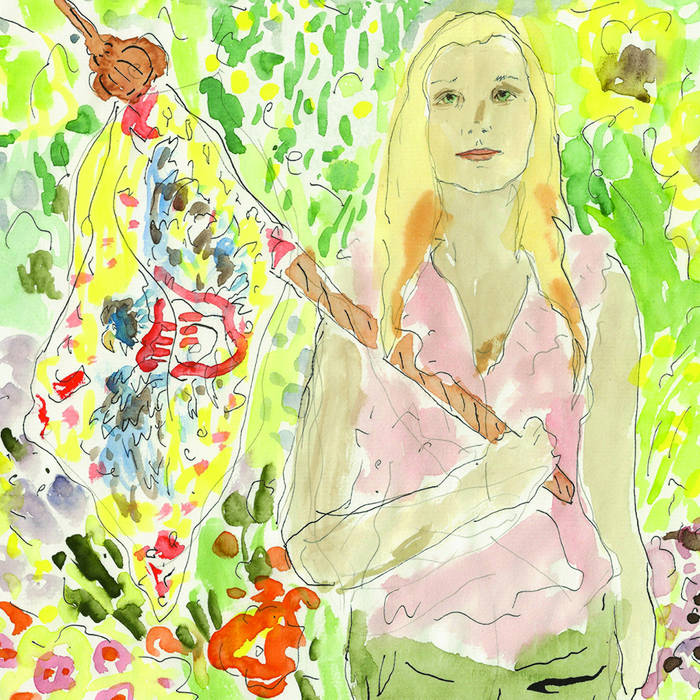 kjtrujillo The beat was good, and went on as it should. Favorite track: The Crippled Jazzer.

"A lot of people think everything has to do with luck and timing, and I just don't think that's true," says Marnie Stern, pounding a bar counter to punctuate the word don't. "There are actors that work for 20 years and fade in and out of fame. Keeping in there is the important part."

Don't worry; Stern hasn't dropped her trusted Electra guitar—or "bitchin'" double-neck Epiphone—for a steady regiment of self-help seminars. The New York Times-endorsed, Pitchfork-approved (one reviewer called her "pure Technicolor in a glutted, black-and-white scene") vocalist/guitarist knows what she's talking about, though. After all, she dealt with nothing but blank faces in the early '00s, as the New York native struggled to get noticed among the Strokes/Yeah Yeah Yeahs explosion in the Lower East Side and Brooklyn.

"I went to shows three times a week and no one would talk to me, no matter how much I tried," says Stern. "The only reason I cared is it's hard to be social and say, 'I'm a musician.' Because people are then like, 'Oh really? What label are you on?'"

Stern stopped going out after a while and began balancing nightly jam sessions and a 9-to-5 at an ad agency. With headphones piping in the clanging chords of her muted amp, Stern devoted her alone time to finding a distinct voice—one that tossed her candy-coated wail into a four-alarm fire of fleet-fingered, post-everything techniques. (Imagine a Guitar Hero showdown between Don Caballero, Hella and … Van Halen.)

Stern's quick to admit she "listened to lame music" during high school and didn't take her guitar playing seriously until she was well into her twenties. In fact, her first solid gig was playing rhythm guitar in Motorsoft, the part-time project of a novelist who thought his words deserved a soundtrack. When that fizzled out, Stern switched to her own four-track recordings before discovering the wonders of Pro Tools, a program that can whip up quite a racket when you don't auto-tune the fuck out of everything.

"Developing my own style took years of taking risks," says Stern. "I know my voice is high, but singing like Yoko Ono was unbelievably embarrassing for me at first. I didn't even want my best friend to hear it. She was like, 'Come on, Marnie! Show people your silly side!' And I was like, 'Are you kidding? Do you know how annoying that sounds?'"

Kelefa Sanneh of The New York Times (now at The New Yorker) was one of the first critics to celebrate the Stern's quirkiness and the carpe diem cuts of her debut, In Advance of the Broken Arm, writing, "Yes! It's hard to muster a more nuanced response to Marnie Stern, a previously obscure shredder and yawper who has just released the year's most exciting rock 'n' roll album."

Other publications followed suit with their own adjective-happy descriptions of Stern's arty but accessible sound. Before she knew it, the former folk guitarist was widely regarded as one of the underground's leading "shredders," a term typically reserved for such rock 'n' roll royalty as Slash and the frontline of Metallica. While she appreciates such resounding praise, Stern downplays any references to her finger-tapping, axe-grinding leads for several reasons. On one level, she feels like she'll never live up to such mile-a-minute influences as Mick Barr. And on another, she's, well, a little embarrassed.

"It's all tricks, just smoke and mirrors," explains Stern. "First of all, you're using two hands, which makes it a thousand times easier. And secondly, you're giving people the illusion that it's more complex than it actually is."

Maybe so, but few modern-day discs have torn apart the space-time continuum quite like Stern's debut. Except for maybe Hella's string of early releases and, well, that band's drummer (Zach Hill) also happens to be Stern's one-man wrecking crew on record and random tour legs.

"Straight away, I noticed a freshness and honesty to what she's doing," says Hill, "And that… she could really make some classic, important records."

While her first full-length had the focus of a bullet train from New York to Boston, Stern's second LP—the endlessly-titled This Is It… (blame an Alan Watts essay)—is a pop record for an alternate dimension, where hooks and choruses are sent careening through a cracked kaleidoscope. That includes everything from the chirping chorus line of "Ruler" to the luscious riff-raking leads of "Crippled Jazzer."

Stern's new one is also deeply personal compared to the conceptual leanings of her previous work. She wasn't comfortable with that angle at first, but she quickly found a balance between bloodletting and keeping things universal.

"Part of me definitely wants to be a sincere lyricist—a little abstract while still hitting you," explains Stern. "There's a similar dichotomy in the Who, where a lot of their songs are somber and uplifting at the same time."

The Who, AC/DC and other staples of Stern's teenage years actually influenced her recent sessions more than anything made after 1985; at least in spirit, as classic rock is all she's been listening to lately. Or as she puts it quite simply, "There were maybe two things in the past month where I was like, 'Well, I don't hate it.' And I've been trying, too.

"I never like anything I do, either," she adds. "Maybe for a week, but then I'm like, 'Ooh! Are you crazy?' I'm into this one, though, because it's so palatable and poppy it's hard not to. It's like Rihanna or something, right?"

Bandcamp Daily  your guide to the world of Bandcamp

Featured sounds by K.Spark and WIZDUMB, plus Basi joins the show to discuss his latest release.